Do I need an even number of people for a Boundary Waters canoe trip? 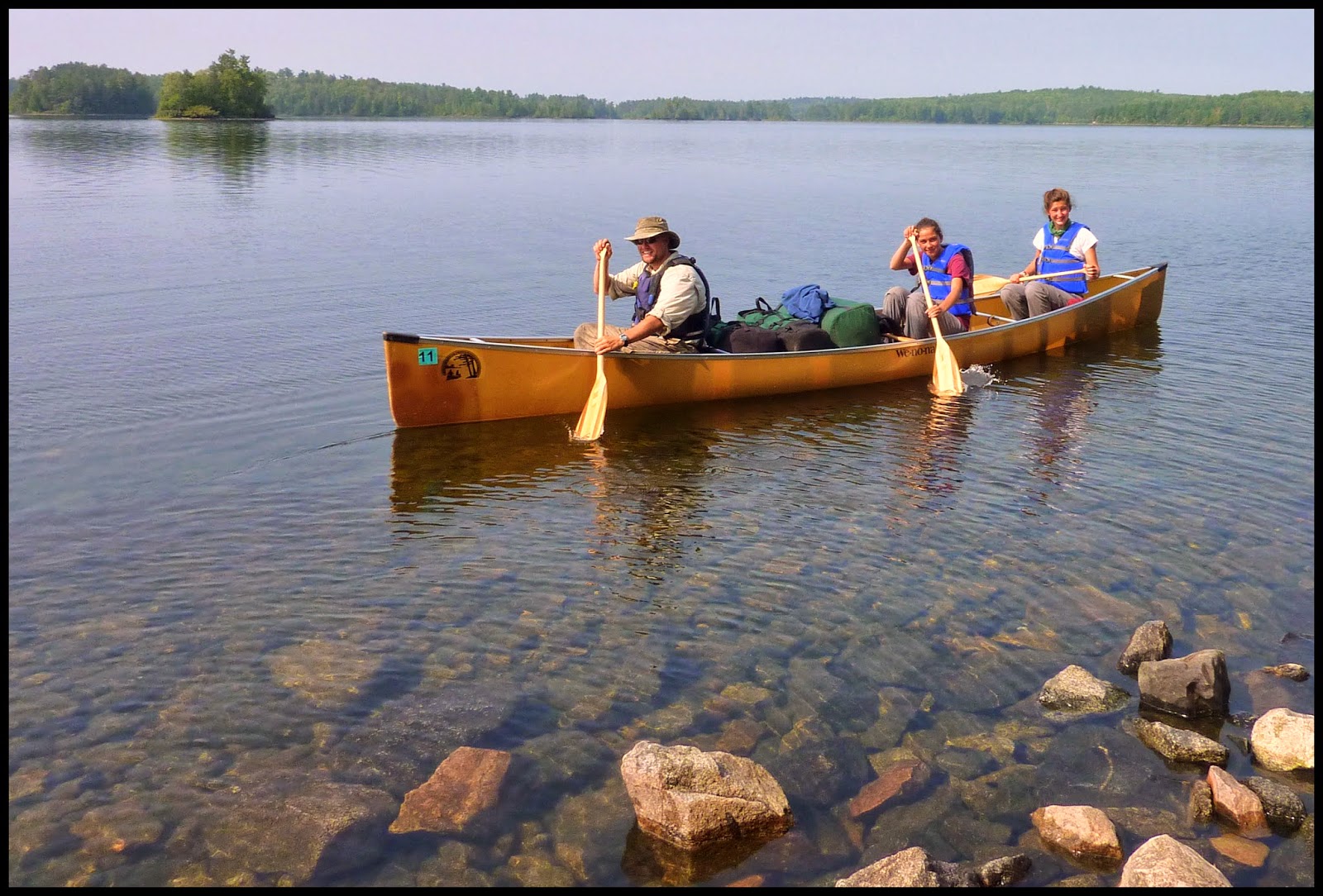 If you have an odd number of people in your group, then you may choose a three-seat canoe.  Our favorite three-seat canoe is the Seneca made by Wenonah.  Made out of Kevlar, it is 19'4" and weighs only 55 pounds.  It includes three "real" seats.  That makes for a comfortable spot for the middle person who is able to paddle as part of the team, or sit back and relax. 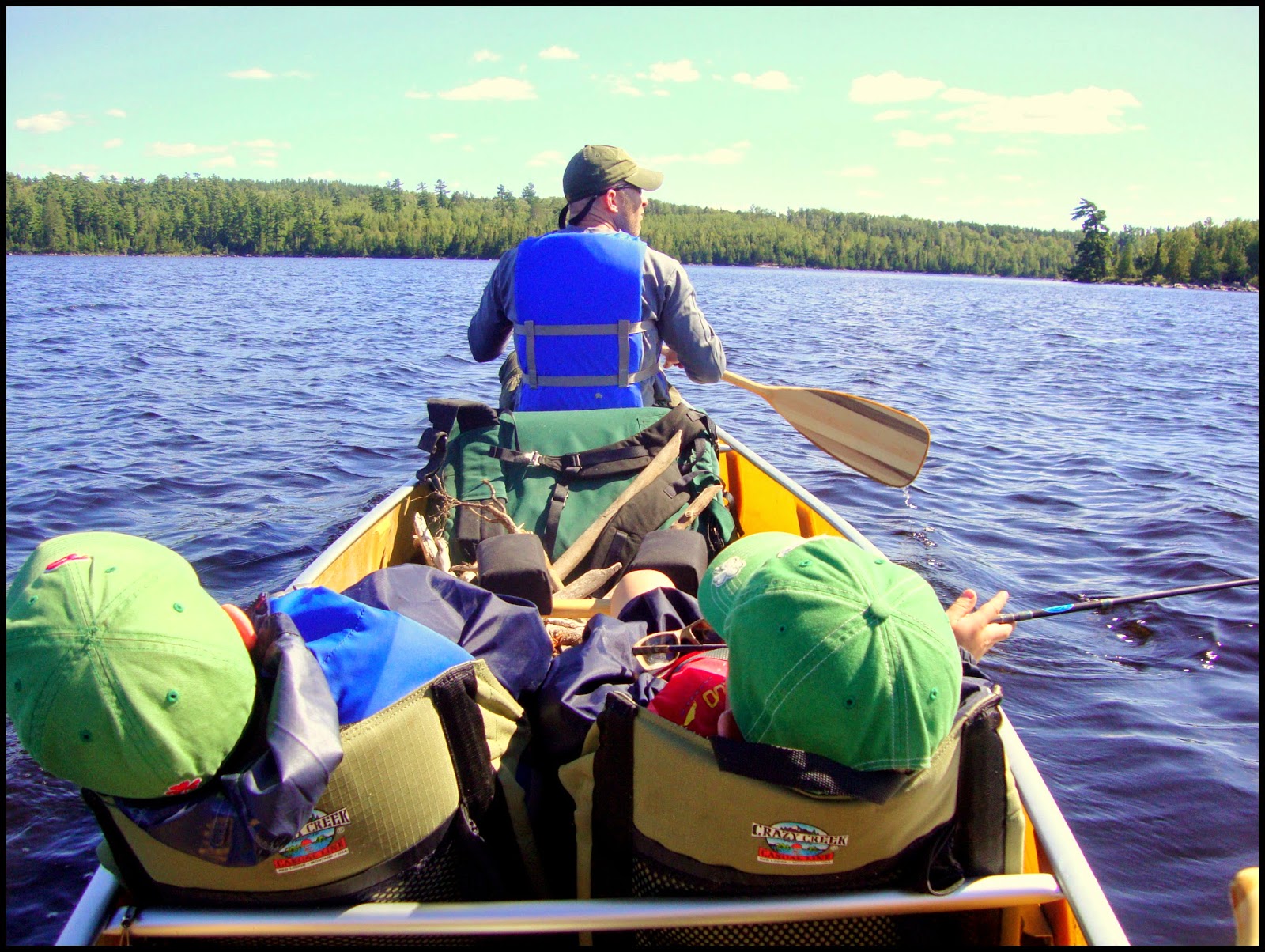 We also use the Seneca canoe for families with small kids.  It works well to sit two children next to each other in the middle seat.  The boys above are trolling for lunkers.

The Seneca is big enough for three grown men and a week's supply of gear.  When two of my high school buddies visited, the three of us paddled a Seneca.  Also, last summer we had three men with an ivy league crewing background take one of these for a week, and they loved it.

I once paddled this canoe carrying myself, two other large guys, three kids, and two large dogs on a day trip in the BWCA.  We were quite a sight, but it worked really well.

Our guides love this boat.  The guide can carefully position the canoe while two guests fish.

The Seneca is a fun, sociable, efficient, and stable canoe that makes for a great fishing platform and load-hauler. 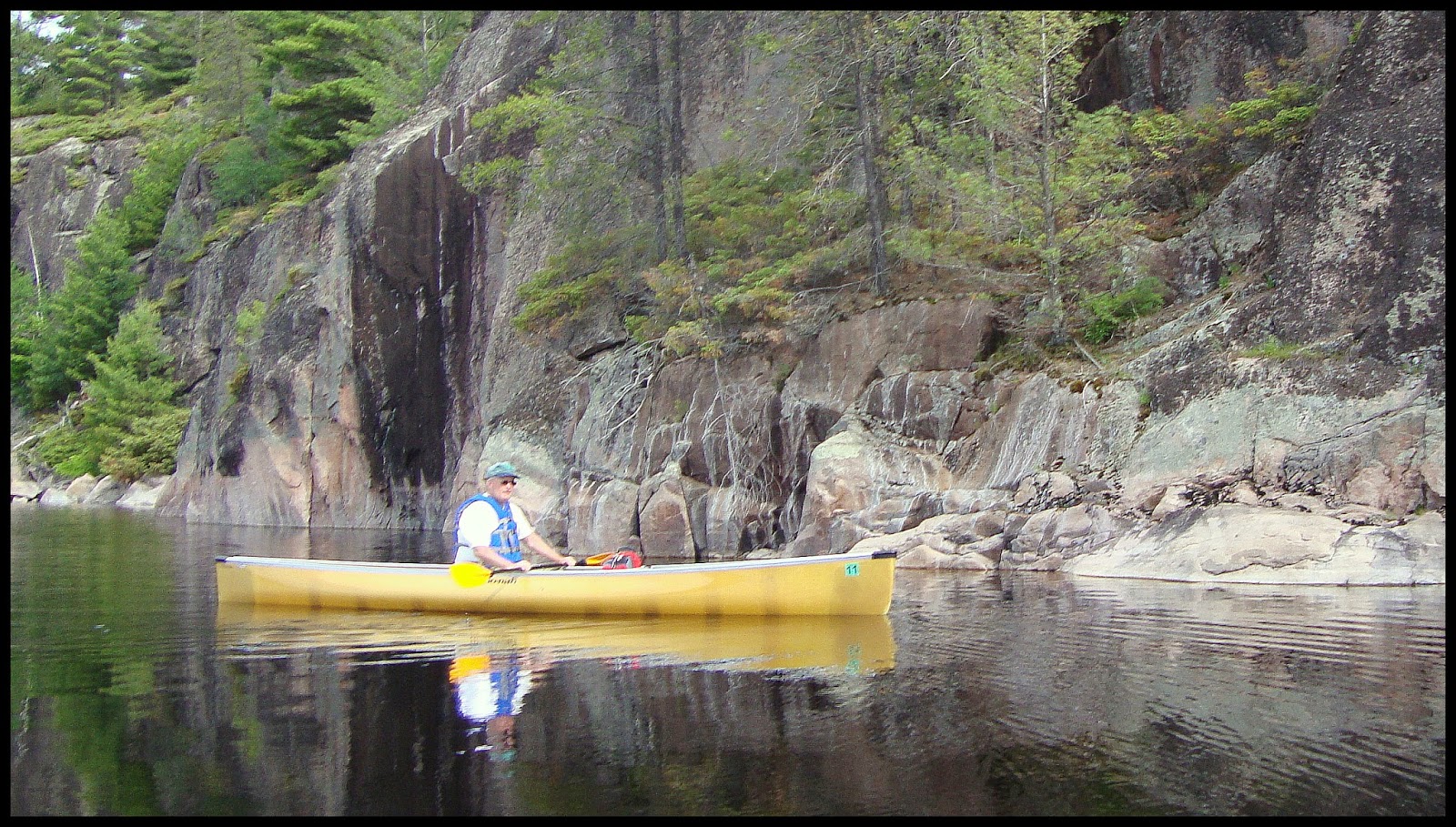 Another option for an odd number of people is to use a solo canoe.  A solo canoe is best for an experienced paddler.  It can be tricky and sometimes frustrating to maneuver a solo canoe in windy conditions, and the pace of the solo canoe may be different from the tandem canoes in the party.  We rent the Wenonah Kevlar ultra-light Encounter solo canoe.  It is 17' long and weighs 38 pounds.  You can use either a single or double bladed paddle.
Posted by Jason Zabokrtsky at 2:41 PM No comments: