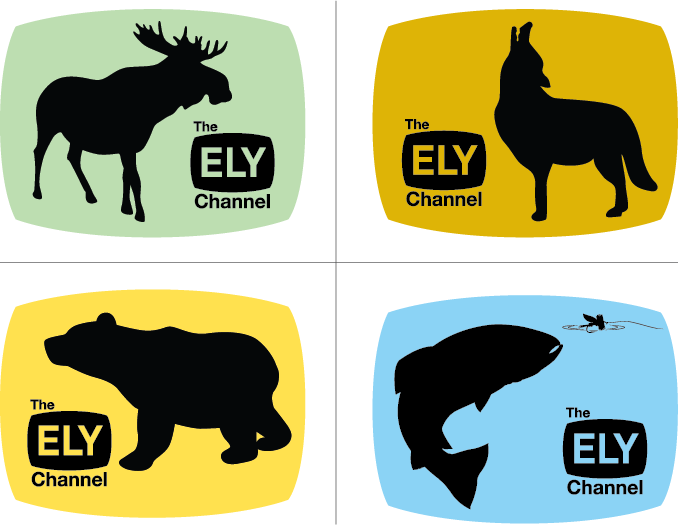 Ely, Minn. — April 1, 2014 — Many have heard that Ely, Minn. — gateway to the Boundary Waters Canoe Area — has been selected as the location for a living off-the-grid-themed reality show. Buoyed by the attention, the city today is announcing it will go big on the small screen — and launch a 24/7 all-Ely, all-the-time network — The Ely Channel.

“The Ely story has legs — as well as fins, antlers and just about everything else,” says newly named Ely Channel network executive Jeremy Williams. Williams, along with several other former locals, is convinced that a televised trip to the town at the end of the road — Ely — might be just what this country needs.

Cable carriers in Kansas City, Kan. and Claremont, Calif. have already signed up. In a several rural markets, The Ely Channel has replaced bigger players such as al Jazeera, and in one case, CNN.

The Ely Channel will unveil a full schedule of programming at the New York City TV upfronts later in April. But the network has already begun production on several shows, including Iron Range Chef, Sauna Wars (heavily pixilated to comply with FCC standards) and a singalong, call-in show, Campfire!

“There is a webcam up on Sheridan (Street) for a few years, and that’s become pretty popular. A lot of folks tune in from all over just to see what’s going on in town. I guess this (station) will be sort of like that, only with sound,” says Linda Fryer, Ely Tourism. “And of course, there’s our Ely cable station that’s already airing local news and happenings, including the popular Snorkeling with Mikey. We’ll be able to bring programs like that to a much wider audience.”

“In Ely, we’ve got the corner on nature — with summer and winter activities galore,” says Williams. “In fact, research shows there’s strong interest in rural and nature-based programming in general, and in Ely and the Boundary Waters specifically.” Special materials are also being developed to help bring The Ely Channel into the classroom for schools throughout the country.

The Ely Chamber has diverted dollars to seed fund the channel, and is asking for the public’s help in making this effort a success. “We need folks who love this area to contact their cable companies to request The Ely Channel,” says Fryer. “Whether they’ve been to Ely before or not, we know that people will travel to experience the magic of Ely in person once they get a dose of our million acres of unspoiled wilderness on their flat screens. If not, we’ve got a whole lot of fancy TV equipment that’ll end up on Craigslist!” The city is considering launching an angel investment round of financing to grow programming on the channel as well.
For more on The Ely Channel, or to book a trip to town to see first-hand America’s Coolest Small Town, visit http://www.ely.org.

Posted by Jason Zabokrtsky at 9:37 PM